What Training Managers Need to Know About Different eLearning Standards?

This blog offers an overview of eLearning standards and their etymology. 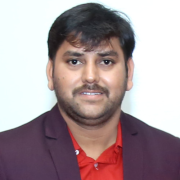 Let’s face the fact. The increased need of training in today’s scenario calls for a robust Learning Management System (LMS). But, having an LMS is not just enough. To facilitate seamless content distribution and provide smart metrics across various learning platforms, the eLearning industry adheres to certain eLearning standards. Wondering what these standards are? Let’s have a look at the best ones, SCORM, AICC and xAPI.

What are the different eLearning standards?

Here are a few of them:

“SCORM” is an abbreviation for Shareable Content Object Reference Model. The ADL (Advanced Distributed Learning), an organization in the US Department of Defense, developed SCORM in the year 2000. It has become an eLearning industry standard and has been widely used ever since. SCORM is a set of technological standards related to eLearning. It promotes eLearning and software interoperability. In other words, SCORM defines how a course communicates with the platform on which that course is hosted.

SCORM compliant courses can be created and published using eLearning authoring tools. On any SCORM -compliant LMS you’ll find all the files, in zip folders, that you need to make your eLearning course work. You can also follow the status and SCORM compatibility of your eLearning course. You can also keep a track of your users’ course completion status, assessment scores and percentages, and number of points earned. You can also find out how many times your users have accessed a course, as well as you can present them with certificates.

SCORM, like any other technology, has changed over recent times. SCORM is now available in four distinct versions. There are various editions of SCORM 2004 with the Experience API (xAPI) being the most recent version.

Interestingly, SCORM is not the only eLearning standard available. Other industry standards, such as, The Aviation Industry Computer-Based Training (AICC), HTTP AICC Communication Protocol (HACP) and xAPI also have their place in the eLearning domain. This blog offers an overview of these common eLearning standards.

The New-age LMS: Your Partner in Resolving Business Challenges and Maximizing Training ROI.

What are the Different eLearning Standards?

SCORM is available in three different versions. Let’s go over each of them in depth.

The first real and implementable version, SCORM 1.1, was never widely used. However, it is still supported by some products.

SCORM 1.2 was released after the SCORM 1.1 version, and it addresses many of the issues that are present in the previous version. It was, and continues to be, the most widely used version. It is supported by every type of LMS (Learning Management System). The features of SCORM 1.2 are still used today by most content providers.

SCORM 2004 has 4 different versions which were updated according to specific requirements.

The 1st edition, which is not entirely implementable, was released in January 2004. It can be used as a version that is self-maintaining.

In July of 2004, the 2nd edition was released. SCORM incorporated various new features for this version, such as the Content Aggregation Model and the Run-Time Environment.

In October 2006, the 3rd edition was released. This is the most common version of the interaction sequence between the content and the run-time environment. To improve the 3rd edition’s compatibility, additional compliance standards have also been implemented.

In March of 2009, the 4th edition was released. This version helps in facilitating the course development process. It’s a lot easier to produce sequenced material with the 4th edition. A few additional features have also been added to the sequencing specification, which will expand the possibilities for content producers. A new certification method has been launched for the SCORM 2004 4th edition that addresses issues related to the LMS.

AICC a non-profit international organization of technology-based training experts, and it is credited with developing the first guidelines for eLearning. These technical standards were created to facilitate the development, delivery, and evaluation of training materials across computer-based training platforms that can be employed by any industry for their online courses. The AICC HACP is used by AICC to permit communication between an eLearning course and an LMS.

LMSs or learning platforms must be AICC-compliant and comply with at least one of AICC’s nine criteria and recommendations in order to host and distribute material. Initially, these guidelines exclusively utilized CD-ROMs for their training, however, in 1998, they opened to embrace web-based training.

Even though AICC is regarded as out-of-date, there are still some compelling reasons to ensure that courses and LMSs meet its requirements. AICC allows course content to be stored on several servers and supports HTTPS for safe data transfer.

On the other hand, AICC has restricted capabilities. It can’t keep a track of how far you’ve progressed in the course, and it takes too many steps to retrieve data from the LMS.­­

Rustici Software created the Tin Can API, now known as the Experience API (xAPI), which is supported by ADL. Unlike SCORM, which only works with compatible LMSs, Tin Can API can accept, store, and transfer data across several learning environments using Learning Record Stores (LRS). It can keep a track of learning activities on social media, online and offline. The LRS can be an independent component, or it can be included in the LMS.

In addition to SCORM related benefits, Tin Can API provides increased security, independence, cross-domain communication, multiple score reporting, advanced mobility, and device flexibility all thanks to the LRS. It also enables the use of simulations, social learning, gaming, and adaptive learning.

While Tin Can xAPI represents a significant step forward, it has yet to gain acceptance within the eLearning industry. SCORM is a widely used alternative, although it may have issues with mobile devices. AICC was formerly considered a competitor of SCORM version 1.2, however, it has since fallen out of favor.

Before choosing to publish your courses to any of these standards, be sure that the LMS, where you want to store your online training courses, is compatible with that standard.

cmi5 can be used to integrate traditional learning management systems (LMSs) with the xAPI. cmi5 makes sure that learning content and LMSs are plug-and-play compatible, as the xAPI feature is excessively general and allows a wide range of use cases.

The AICC launched cmi5 in 2010. cmi5 was designed to replace both the AICC as well as the SCORM standards with more features and resilient solutions. The AICC and the SCORM standards had technical challenges and limitations, as well as they were overlapping each other. In 2012, while the ADL’s Tin Can API research project (now known as xAPI) was ending, the AICC was completing cmi5’s SOAP-based communication mechanism.

The AICC’s and ADL’s participants swiftly noticed that the two standards had a lot of similarities. ADL and AICC decided to work on an xAPI profile to fulfil cmi5’s more specific use case criteria and now xAPI has a broader application than cmi5. The cmi5 project was rebooted in 2012, with xAPI replacing the SOAP design. In 2014, the AICC was disbanded, and the cmi5 project was handed over to the ADL.

Due to its flexibility, eLearning is one of the most popular training methods. It can be used to convey information on a wide range of topics. An eLearning program’s goal is to impart knowledge and assist learners in solving issues at work by using their newly gained skills and knowledge. However, you must ensure that your eLearning courses are SCORM compliant; or else, all your course development efforts will be in vain.

Whether you’re searching for a new LMS or seeking to upgrade your existing platform, you should only invest after doing a thorough analysis of your organization’s needs, learner demographics, and expectations. Check out this free eBook on “A Beginner’s Guide to Learning Management Systems” to discover more about the qualities of a new-age LMS.

This blog is co-authored by Nikhil Bhogaraju.