For eLearning courses we suffer from “PowerPoint myopia” and are not able to see beyond bulleted lists. Let us see how to avoid it and make the courses engaging. 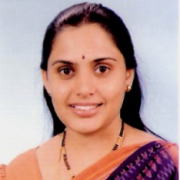 “PowerPoint is a convenient prop for poor speakers, it can reduce complicated messages to simple bullet points” – Wright J., 2009

This is a very critical statement made against PowerPoint. Ever since its introduction way back in 1990, it has found inroads into most corporate presentations across the world and not one will dispute this fact.

However, despite the fact that PowerPoint has continued to evolve with more powerful features, we simply are not able to keep pace with it and most of us still use most features that were introduced way back in the late 90s.

However, I have compiled a list of before and after slides that I came across over the net, where you can see how we can avoid the typical bulleted lists and make the presentation more interesting and engaging. Notice how the second visual says it all with less text.

Don’t you think the first visual has too much text making little impact? On the contrary, the second visual hits the bull’s eye in terms of encapsulating a point.

This is my favorite! Notice how boring images can be made interesting and captivating!

The fact of the matter is that no tool is bad and it is just how we use it that makes it good or bad. So, honestly it is up to us to use the tools we have – authoring tools, audio and video tools, etc. to make our eLearning courses interesting and less boring!

Even in eLearning courses, instructional design principles need to be kept in mind when creating storyboards. Default templates, bulleted lists simplify the course-creation process but do not always create effective learning material. Creativity and good knowledge of what one can do with the tools help develop courses that are not only engaging but also effective in knowledge transfer.