This blog highlights the updated features of Articulate Storyline 2 - version 9. 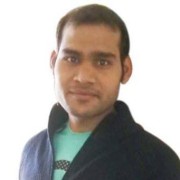 Articulate Storyline 2 has come up with the latest version 8 this month, with lots of improvements. Every new version powers the utilization the tool yet more effectively. Thanks to the Articulate team for identifying and solving the problems faced with the older versions.

Let’s take a look at 10 issues that have been resolved in the new version of Articulate Storyline 2.

In the earlier version, e-learning course developers faced problems exporting content from the slide layer ofthe Master slide. The slide layer of the Slide Master contains global elements such as the navigational elements and help controls, and these could not be exported to a Word document for translation purposes.

This version has an updated feature to publish the Slide Master layer text into a Word document; this makes e-learning course translations easy.

In my earlier blog, I wrote about an issue developers’ face when exporting the content to a Word document for translation purposes. I shared two solutions to overcome the publishing issues with Word doc. Thanks to the Articulate team, this issue is resolved in the updated version.

In the older versions, when the Seekbar was used to move back and forth through a video, the audio did not synch properly with the video. This issue occurred only with Adobe Flash output.

Now this issue has been resolved by forcing the Seekbar to line up with keyframes in the video. The Seekbar now stops at the nearest keyframe in your video to ensure the video is always synchronized with the slide audio.

In earlier version, we developers could not import PowerPoint presentations with M4A audio file format; this common issue has been resolved in the updated version.

In the earlier version, the trigger wouldn’t work when users clicked outside a hotspot that was added in a scrolling panel. The new version resolves this issue too.

Developers also faced many issues when upgrading projects from Storyline 1 to Storyline 2. This especially happened if the course had triggers with conditions. This issue is resolved in the updated version.

When we test the course in HTML5 output, a few questions attempted by the learner are not tracked. This happened mostly on iPads, mobile devices, and SCORM version using iPads.  This is fixed in this updated version.

In HTML5 output, videos don’t play on Google Chrome 48 and also on Android mobiles. This issue is now resolved.

In the previous version, when learners attempted the Quiz questions, often, they were unable to change the responses once they had selected the option. Also, they could not select the answers once the invalid popup appears; and finally, on revisiting the questions in HTML5 output, the Submit button was not visible. These 3 quiz issues are fixed now.