In this blog you will learn about video-based branching narratives in e-Learning. 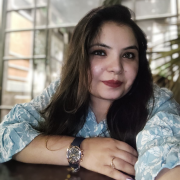 In order words, it is a simple non-linear story which consists of a branching structure. When you start at the beginning, you are provided several options and depending on the answer you choose, you are led to a new path with more choices to make. This can be continued till the end target set for the learner is reached. The structure of a branching narrative might look something like this. This is popularly known as a branching tree, where each choice or response if followed by yet another choice. In this scenario, if the learner selects the answer that is appropriate to that particular situation, he then moves ahead and achieves a higher score; if not, the narrative either discontinues or moves on to another story. Based on his choice, the learner will be taken to a different path.

In eLearning, branching narratives can help the learner in the following ways :

One great example of branching is Connect with Haji Kamal 1 by Cathy Moore & Kinection. In this branching scenario, the learner assumes the role of an inexperienced or new army officer in Afghanistan who has to make several decisions during the course of just one conversation. The decision which the learner makes initially will affect the situation in the latter stage of the story.

The aim of using such branching scenarios is to not just convey information but to make it work for them. This approach will not only test the learner’s problem solving skill but also increase learner engagement. One thing you need to focus on is to set the learners a challenge so that they gain a sense of satisfaction when they accomplish it.

At every step in the situation, the learner is provided several options and depending on the answer chosen, faces a new choice or step.

Narrative branching does increase the chances for integrating video-based instruction into corporate training solutions. And by incorporating this, you can create more effective learning that engages learners and prompts lasting behavioral changes.

Have you used branching narratives in your online courses? Do share your experiences.