Let’s Connect on the International Day for Disaster Risk Reduction

Celebrated on 13th October every year, The International Day for Disaster Risk Reduction aims to reduce disaster damage by building a culture of prevention. 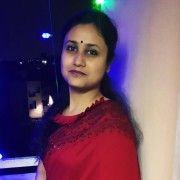 Access the Complete Guide to eLearning Design and the 'Right' Brain

Observed annually on the 13th of October, the International Day for Disaster Risk Reduction (IDDRR) celebrates how people and communities around the world are reducing their exposure to disasters and raising awareness to manage the crisis.

The 2019 edition of this day will focus on Target (d) of the Sendai Framework of Disaster Risk Reduction for substantially reducing disaster damage to critical infrastructure and disruption of basic services.

It all began in 1989 when the UN General Assembly instituted the IDDRR to encourage every individual, community, and government to participate in building a culture of risk-awareness and more disaster resilient nations.

The United Nations Office for Disaster Risk Reduction (UNDRR) established in 1999 was formerly known as the United Nations International Strategy for Disaster Reduction (UNISDR). Its purpose is to implement the works of the International Strategy for Disaster Reduction (ISDR). ISDR ensures a sustainable future with a substantial reduction in disaster risk. The motto of this international body is to prevent hazards and make the world resourceful during emergency requirements. UNDRR coupled with ISDR  reflects a major transition from the conventional emphasis on ‘disaster response to disaster reduction’, thus building a ‘culture of prevention’.

The observance of this day holds significance because the agenda is to make people from various parts of the world self-equipped in the face of imminent calamity. Training is imparted on risks faced by mankind due to natural hazards and the respective management techniques in the form of mock sessions.

Since the effort is to spread awareness about various natural disaster types, their adverse effects, and the methods to mitigate them, millions of volunteers are encouraged to share their stories of endeavor in tackling this menace. These people, in turn, encourage others to join in awareness-raising campaigns and create a chain of volunteers.

A major role is played by the media in organizing several volunteers’ programs online. Youngsters on this day, to spread the theme of IDDRR, rampantly leverage Facebook, Instagram, Twitter, and other social networking applications.

In India, the day is celebrated in educational institutions and corporate organizations through various activities such as poster/banner making, wall art, and street plays to generate awareness and advertise disaster management in the minds of the teeming population.