Challenges in E-learning Translation Process And How to Overcome Them 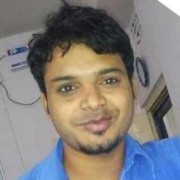 Translating letters, words, or sentences from one language (English) to another language (Chinese).

Why do we need to translate courses?

Translations communicate worldwide and they play a vital role in expressing concepts and thoughts globally. Courses that are created in English may not be appropriate for Arabic or Chinese learners. So this may pose a challenge to train learners worldwide. If you need to overcome this issue, translate the courses in the respective languages.Many multinational companies are translating their e-learning courses into the native languages.

Now a days, e-learning courses in English are being translated into many languages like Arabic, German, French, Italian, Hebrew, Spanish, Chinese, and so on. These courses were developed using various e-learning tools like Storyline Captivate, Lectora Inspire, Flash, and Adobe Presenter.

1. While copying the text from a course we need to be very careful;most of the times, we miss full stops, commas, bullets points, bold, italics texts, words, or sentences. After translating English text to other languages, the position of the words and even letters is likely to change.

English: “Poor Ergonomics account for 34% of injuries in the Workplace.”

When we translate the English sentence to Chinese, you can see from the above sentences that“34%” in both the languages has differentpositions in the sentence. We will see in a detailed manner how to create foreign languages translation templates.

2. When the translation is done by a translator and when we receive the final files, we start developing the course. At that time, we realize the following points:

3. With regard to audio recording, we first need to get the client approve of the narrator voice (sample of male or female).This will greatly avoid rework. Then crosscheck the audio script and the audio with the help of Google translator before starting development. Very often, the problems are related to the following areas:

Sometimes, the narrator forgets to read a small word or bullets/numbers (1, 2, and 3); you need to give instruction to the narrator carefully.

4. We need to be very careful while developing courses inthe Arabic and Hebrew languages because the orientation of the script of these languages is from right to left. When we paste text in the tool, it will paste in the left to right direction or sometimes, letters will get interchanged as we see in a mirror image.For example,the letter ‘B’ after will be seen as“ .”Such languages will not be supported by rapid authoring tools. We will see how to resolve this issue in my upcoming blog.

6. Last but not the least, we face the following tracking issues:

I’ll discuss these in detail in my upcoming blogs.

Out of my experience, these are the problems of the e-learning translation process. Have more to add to the list? We’d love to hear. Please stay tuned for my next blog.