This blog will help you with the steps to bring back only incorrect dropped drag gable items back to their original positions. 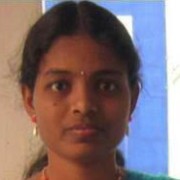 Drag and drop interactivities are widely used in the world of eLearning to create interactive assessments. These interactivities require learners to drag the items provided to them and drop them into correct options.We had a requirement in which the draggable items dropped into wrong options need to be brought back to the position, where they were prior to being dragged.

We developed the course using Articulate Storyline and there is no option in this tool to bring back the dragged items once they are dropped. So, we had to customize the software. Let’s see how we customized the drag and drop functionality of Storyline to meet the requirement. To bring back only incorrectly dropped draggable items back to their original positions, when user clicks “try again” button, follow the below steps.

The steps involved are:

First create the customized drag and drop question with number of attempts more than 1.
And assign the Drag items to correct Drop target. “Save and Close” above window and give the triggers like below to each Draggable Item.

Trigger 1: Create a trigger for adjusting the variable 48correc1 to true if the draggable Item1 dropped on correct drop target. Then apply the above 4 triggers to the remaining draggable items i.e. Item 2, Item 3 and Item 4.

After this add one more trigger to hide Try Again layer when user clicks “Try Again” button. This trigger is to be placed after all the above triggers. In this way you can Bring back Incorrect Drag and Drop to Try Again in Articulate Storyline.