This blog post shares insights on what are the various advanced versions of SCORM. 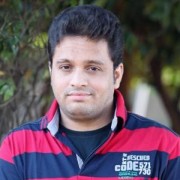 As discussed in my earlier blog, besides having an LMS and courses compatible to SCORM, the developer needs to know the versions of SCORM and its specifications. I have also discussed in detail about these SCORM versions:

Let us now see some advanced versions of SCORM.

This is the current version of SCORM and it was released on January 2004. It is also known as SCORM 1.3. SCORM 1.2, which was well-adopted, had some drawbacks. However, much attention was not paid to these issues. Many developers and companies are using this version.

Below are the drawbacks that users need to know before adopting SCORM 1.2.

These are the advanced features, which are added in SCORM 1.3, as compared to SCORM 1.2.

SCORM 1.3 can track content objects across courses for similar learners within the similar learning management system. Using SCORM 2004, developers can share and use information about the completion status for multiple learning objectives. SCORM 1.3.3 is the latest version of SCORM and it is the 4th edition of SCORM 2004.

1st edition/version was released on January 2004; this version is not a fully implementable version. It could be used as an autonomously maintained version.

2nd edition/version was released in July 2004. In this version, SCORM added some more features like Content Aggregation Model and Run-Time Environment.

3rd edition/version was released in October 2006. This is the standard version similar to sequencing interaction between content objects and the run-time environment. Additional new conformance requirements have been added to increase interoperability.

4th edition/version was released on March 2004. As a developer, I feel that using this 4th edition to create sequenced content is much simpler. In addition few new features to the sequencing specification which will extend the options were available to content authors. Coming to the LMS problems, ADL are launching a new certification process for SCORM 2004 4th edition.

SCORM 2004 4th edition is the preferable and suggested version. After all, it is better to use the latest technology. Isn’t it?

So, these are the versions of SCORM. Hope this blog gives some idea on SCORM versions and its specifications. Please so share if you have any comments.